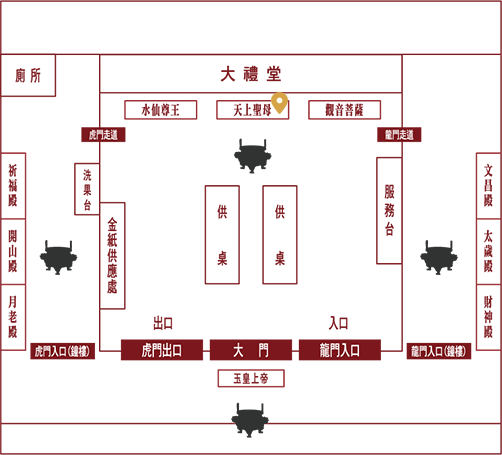 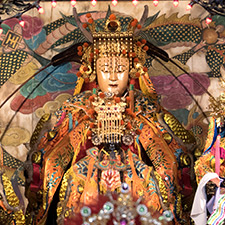 In the Sino-French War of the 9th year of Guangxu, the French army invaded the fresh water, and the town of Sun Kaihua prayed for the ancestors of the Mazu. Because of the timely acquisition of the help of Mazu, the military slammed and slammed the French army. In the 12th year of Emperor Guangxu, the governor Liu Ming was acclaimed by the Emperor Guangxu, and the Fuyou Palace was awarded the title of "翌天昌佑", and the "Emperor is long lived", and the plaque is still high. In the center of the main hall. On the 21st of the lunar calendar in the Republic of China on the 21st of the lunar calendar, believers and fishermen drove the ship to work in the sea. After the net was cast, the whole ship was shocked. The people were frightened and forced to return. They received a bodhisattva in the net and then moved to the palace. In the middle of the night, the whole temple suddenly vibrated. The fluorescent lamp of the Goddess of Mercy was shaken continuously for a whole night. The followers asked Mazu to show the welcome of the Zao Bodhisattva to the palace. 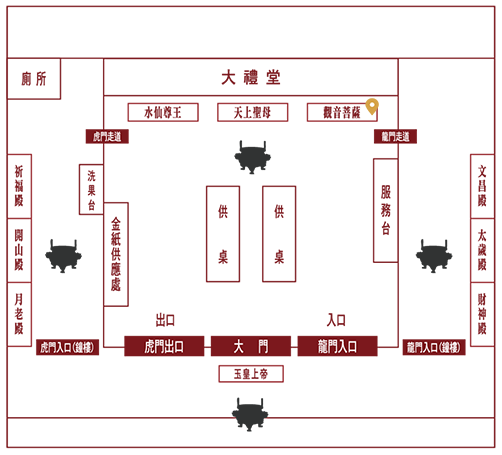 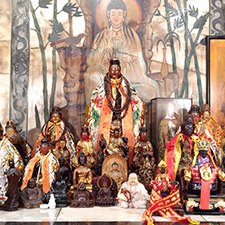 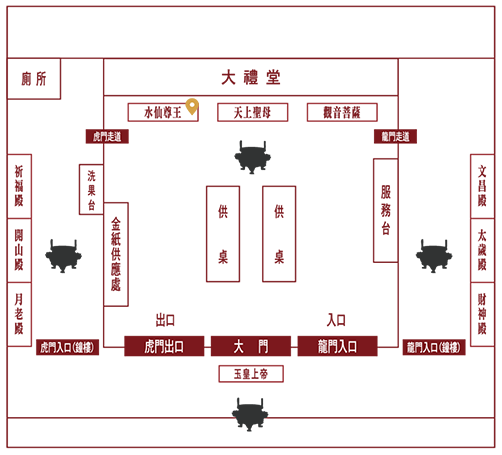 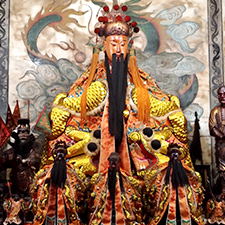 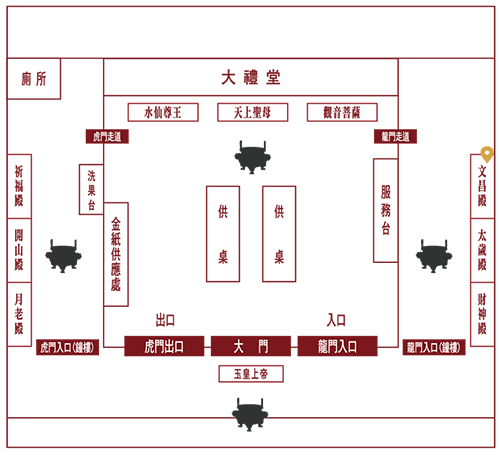 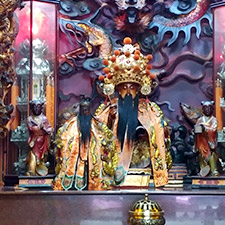 Wenchang Emperor, referred to as Wen Xing, or Wenquxing, the main literary player, is one of the five most prosperous incense fans. Wenchang Emperor's allusions are different. There are legends about the Jin Dynasty people. They are very filial to their parents. When they were officials, they unfortunately went to battle on the battlefield. The people missed him and set up a temple for him as a thunder. Because the spirit was abnormal, the people were responsive, so Later generations were derived from the protection of the students. All in all, Wenchang Emperor is the god of heaven and earth, who is the master of the world. He is the god of the examination, the fate, and the help of reading and writing. He is the literary person who reads the literati, and the most respected god of the literary name. The feng shui records: Wenchang Only, the Antarctic Xiangguang Yutai, Qiankun long solid days Qifu, the gods come to Qingshou. As long as the examination system still exists, the Wenchang Emperor will always be the best of the incense (if you want to point to Wenchang Lan to pray for academic progress, Jinbang nomination, please go to the counter of the Palace). 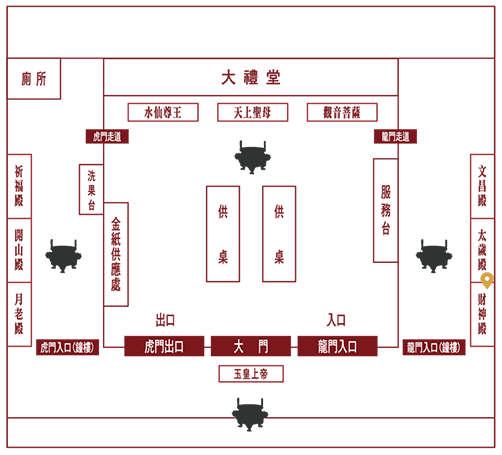 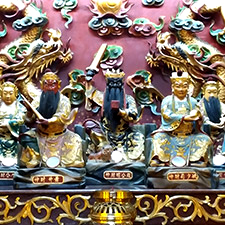 The God of Wealth is called the Qing Dynasty Ruyi Jinyuan Institute - the Xuan Tan Zhao Yuanshuai, is one of the Taoist gods of protection, the folks regard him as the god of wealth, commonly known as - Zhao Xuantan chapter back to the novel Feng Zhaoming, according to his origins Marshal Zhao Gong was in the Luofu Cave of Emei Mountain in Sichuan (now Jiu Laodong), also known as the Jiu Lao Xian Fu, and Zhao Yuanshuai was able to drive the thunder and rescue the power, calling for the wind and rain, in addition to the shackles, the ability to protect the disease and the disaster, the Shang Zhoushi collar Yin Bing fought bravely to protect the country and protect the people. However, the war is unfavorable, and the number of public factors has been fixed, and the country is strong. Marshal Zhao Gong was born as the national pillar, and died as the god of the world. To Zhou Wuwang was respected by Zhao Gong Marshal Zhongyi Love, and Dan Xin was the best model. As a model of the people, he established the loyalty temple to marry Marshal Zhao Gong, and the sacred-Xuantan Marshal number. Enshrined incense continues to this day. Marshal Zhao Gong has a long-lasting glory, and the Jade Emperor is a man. His sacred name is - Jin Long Ruyi is a dragon and a tiger, and he is the leader of the three-day official. Poisonous God, Wufang Sui Bing, Wufang Leishen, Four-way Fortuna, Fengtianmen's life, strategizing the three realms, mentioning Jiuzhou, special duties: one: chasing. Two: make up. Three: Welcome to God. Four: Nafu. Zhenjunhe four-way God of Wealth is called the Five-way God of Wealth, Tianguan Zhonglu Wucai Shen Jinlong Ruyi is a dragon tiger Xuan Tan Zhenjun + Zhao Guangming, East Road Fortune Zhaobao Tianzun - Xiao Sheng, West Road Fortuna Nazhen Tianzun - Cao Bao , South Road Fortune God lucky messenger - Chen Jiugong North Road Fortuna City Xianguan - Yao Shaosi. Together called the five-way God of Wealth. 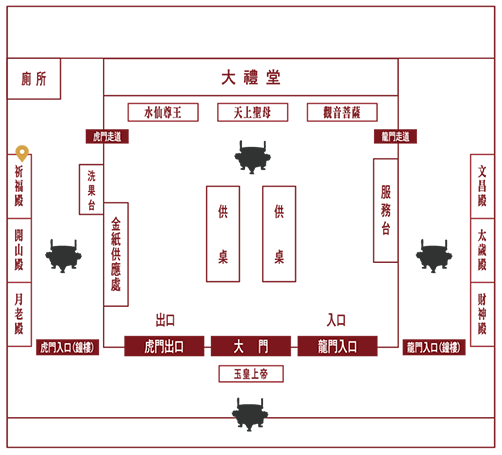 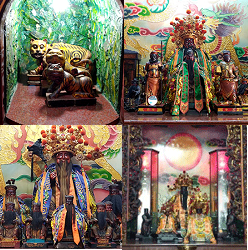 The temple of the blessings is dedicated to the city grandfather, Guan Shengdijun, land public, and tiger. The original meaning of the city was the "city wall" and the "moat river". Later, the patron saint of the city was the first level responsible for the justice of the underworld. Like the local head of today, it maintains the safety of the whole place. Legend has it that the middle city grandfather and the local official are divided into two worlds to control things. Therefore, in the past, the newly appointed local officials must first go to the Chenghuang Temple to worship the city, and ask the city grandfather to help the local political affairs together. high. 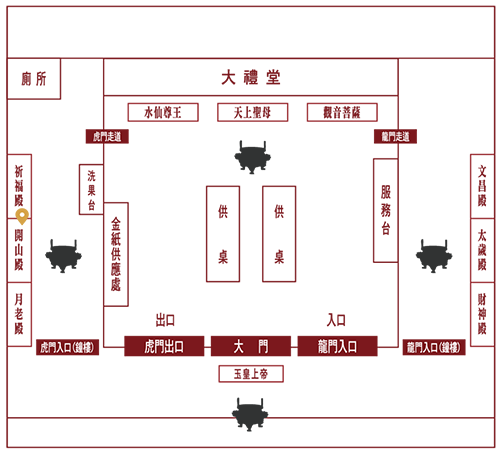 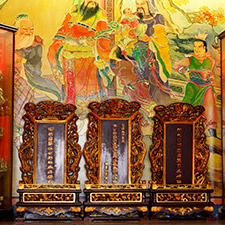 Dedicated to the presiding and sages 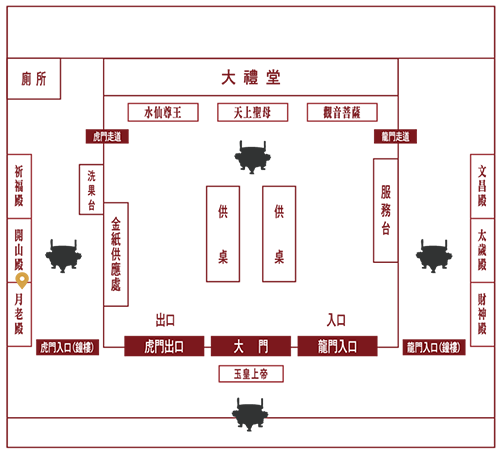 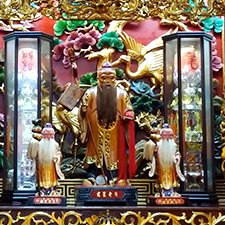